Virtualization is a foundational element of cloud computing. It has enabled enterprises to reduce complex hardware footprints and move from exorbitant capital expenditures to low-cost operational models, saving millions of dollars. But how does it work? Simply put, virtualization allows for the creation of multiple virtual assets from one physical device. Still confused? Then it may help to think of virtualization the way IBM Tech Support Specialist David Beaumont does – like a plant. What starts off as a single seed or shoot eventually becomes multiple leaves or in the case of your technology environment, multiple IT resources that sprout from one physical server.

For a desktop user, virtualization looks like being able to run apps meant for a different operating system (OS) without needing a separate computer or even having to reboot and logging into the required OS. Server admins will find virtualization a useful segmentation and isolation tool to separate programs that must run alongside other processes occurring in a shared host space. Without being bound to hardware, these virtual machines make it possible for technology teams to use the full capacity of their physical servers by spreading it over multiple environments resulting in significant cost savings while also improving infrastructure performance and utilization. 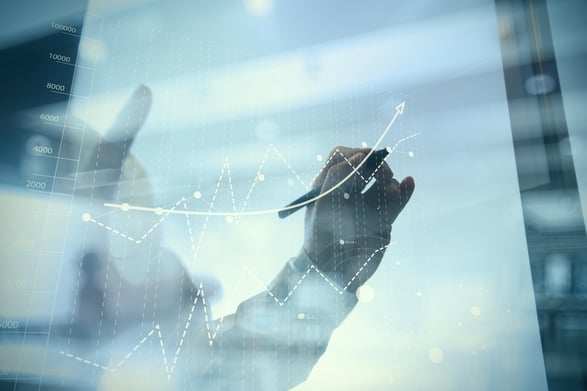 Where did it all start? Virtualization may be part of the new frontier of technology, but its roots can be traced back to the 1960s. Things really kicked into high gear in the early 90s during a time when many enterprises were searching for ways to run their legacy apps on different vendors’ hardware. Virtualization was the obvious answer. Not only could you use it to partition your physical servers, but you could also use it to run your legacy apps. Using virtualization technology, companies were able to release themselves from the bondage of unused, underused, and now unnecessary physical hardware which could only run one vendor-specific task. Virtualization essentially reduced the need to be locked into a specific vendor and opened the door for cloud computing as we know and use it today.

The process of virtualization is performed by software called a hypervisor, it creates and runs virtual machines (VMs) and is made by well-known companies like VMware, Citrix, Oracle and several others. Virtualization takes your physical computing infrastructure and creates a software representation of it. That software representation can now be transformed into multiple virtual machines that can then be distributed across your organization.

Consider for example a hospital or healthcare provider that requires the use of ten different applications to manage thousands of medical records, billing records, and other critical aspects of the business. An operation of that scale could require as many as ten physical VMs to make those applications function, which means that you would then need to acquire as many as 100 physical servers to accommodate those functions. The power of virtualization could drastically reduce the number of physical machines to as few as five which could then be used to create the 100 virtual machines needed to meet those application needs.

One obvious pro of virtualization is its efficiency and scalability. Virtualized environments can be expanded or reduced to meet the specific needs of your organization without needing to add more physical equipment that requires maintenance and management. There are also major cost savings that your business could potentially enjoy. Reducing your organization’s physical footprint can result in lower energy costs. With fewer servers to cool and less physical infrastructure to manage, your company could cut out some major financial line items from your budget.

There are many pros of virtualization and with our current processing and technology requirements, the argument can be made that we wouldn’t be able to support these complexities without virtualization. To learn more about virtualization, check out our blog titled, ‘Why Virtualization is Not Cloud Computing’.